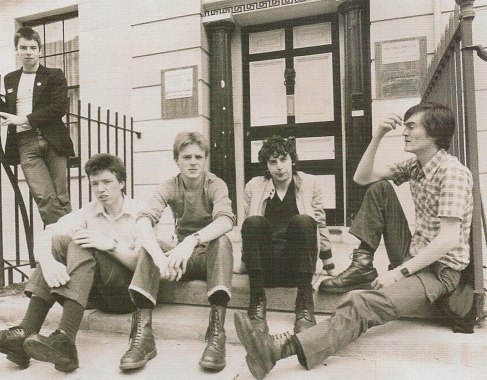 Niall Hope played the Undertones last week on his excellent show. That got me thinking about the great band from up north. They are probably in my top ten favourite acts from Ireland. A pop band who made such great and buoyant music.

Some of their achievements should be recognised here:

The only band from Terry Hooley’s fantastic (in every sense of the word) Good Vibrations label to go on to major success.

They played the sadly infamous UCD gig where a young man was stabbed to death. Naturally, being young, crossing the border, and playing music made them suspects. The local police force visited their parent’s home following the incident.

From what I know they were brought down to Dublin by the Radiators, who did some great work in opening doors for other young bands.

The Clash later took them under their wing, and brought them on tour in North America.

I seem to remember an interview they did with a Dublin fanzine where they were very unhelpful and even made up fake names for themselves.

And still they made buoyant pop. Along with the Buzzcocks they made the most tuneful, exuberant, hummable, energetic, feel-good songs of that first era.

Recently I have started reading old music magazines. It is one of my favourite things to do. It is fascinating to see what bands said at the time, and obviously to reflect on the words of youth in hindsight.

And sadly in some, the Undertones come across decidedly glum.