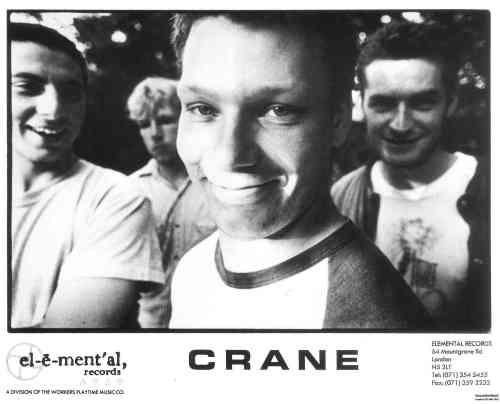 Crane were good friends with Slum Turkeys and after that band’s successful tour the previous year they looked to come over and do something similar. Mexican Pets had also become friendly with Slum Turkeys during this period, after travelling to play Manchester at singer Paul Morley’s invitation. So when Crane came over to play some gigs it seemed opportune for Mexican Pets to accompany them.

They became bosom buddies for 5 days as they play the Anarchy Night Café, Cork, New Ross, Belfast and Barnstormers. Crane did one extra day-time gig. This was a bizarre afternoon performance in Our Price records. A friend, Pete Murphy worked there and he liked Crane. I asked if there was a possibility of the band playing there and, lo and behold, the management agreed. The band got £50 and won over a few people. After the tour Mexican Pets + Crane were like patients leaving hospital. They had become dependant on each other and had grown rather fond of the company. Plenty of promises to stay in touch were made, promises I’m not sure were ever carried through, but both bands will keep good memories of this Irish tour with them.