Bands That Changed a life – The Wedding Present

Bands That Changed A Life – The Wedding Present

I’ve started this three times and never seem to get past the first Wedding present album, George Best. it’s just a classic and it captures a wonderful time for me.

This series is a celebration of bands that have had a profound impact on me and no doubt the Weddoes are one of these. My initial contact was through the old fashioned letters and postcards way. It was 1987, I had just started getting used to not having to give all my money over to my parents and was sending away for fanzines, reading music papers and buying records in Dublins independent record shops. I took a day trip by Ferry to Liverpool to go to probe records and one of the snags I took home was George Best.

The cover of that record became iconic for me. Simplistic, it featured a picture of the footballer George Best and the name of the band in white on a green background. Simplistic but exciting. George Best was the sort of footballer that football fans loved. He didn’t always play by the rules and wanted to have a good time but he always had flair. In a sense you could say he was a punk footballer without the politics, anti establishment and never one to do something he didn’t want. Putting him on your album sleeve was captivating.

Of course there was the music. Guitars jangling for ever with a trebley sound that never quite got to screeching but sure did wail. Backed by a solid bass and drums and Gedge’s voice, musch like George best, in its own world. The songs weren’t about fighting a system that oppressed, they were love songs. Songs that ordinary people could relate to. I quoted “What did your last servant die of” somany times, whispered it under my breath as I struggled with the concept of work. I never considered them to be love songs, those types of tunes were for people in pop bands, clammering for stardom. These were tales of everday life and relationships formed theis for many. They were the ying to the redskins yang of creating a better way of living.

They came to Dublin and I proudly wore my three balloons badge, no need for a band name. Their McGonagles gig in 1988 stands out as a guitar fuelled blitz in my memory. I travelled to London to see them and remember ringing up David Gedge asking where I would get a ticket. He had sent me a postcard previously and I viewed this act of kindness as an invitation. I didn’t think he probably does this for everyone not expecting them to ring. Well I did and will never forget how accommodating he was. Amazingly he was equally magnanamous when I called back asking could my frined come to. 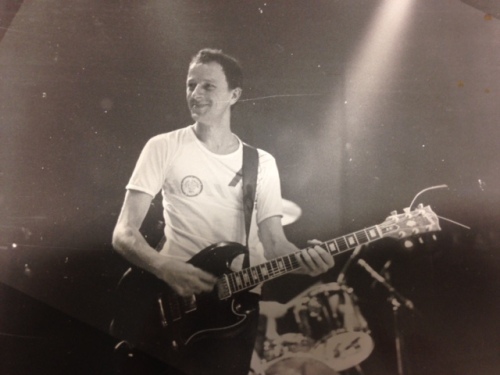 But that’s the sort of band they were and still are. No pretence. Soon after we travelled different roads. RCA records got hold of the band and, although I sill listened to the songs, I had made a decision to support those bands on a different journey. My music was one of diy and independent labels, that was my community. Of course people can sme and go into this community and David Gedge is back. Playing some gigs with Wedding Present and also in Cinerama those guitars are still jangling and the pretence is still miles away. 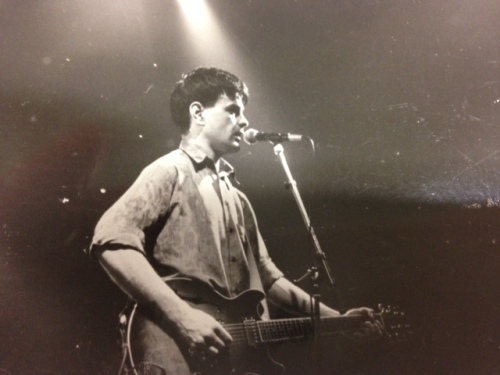 Get the latest info on the band here

Tagged as bands that changed a life, dave gedge, scopitones, the wedding present